The east coast of the United States was warned of a heavy snowfall in late January. Thankfully, many of the predictions were not fully accurate and the effects of the snowstorm weren’t as widespread as originally thought. And while some areas were left relatively unscathed, Massachusetts got hit with up to three feet of snow while simultaneously dealing with flooding issues.

Ocean Street in the Boston area was left dealing with double trouble as an ocean wall breach flooded the streets around the same time as the snowstorm. At least 12 homes were seriously damaged, with some residents saying that flooding is becoming far too routine in that area—up to twice a year for the past few years, according to some members of the community. 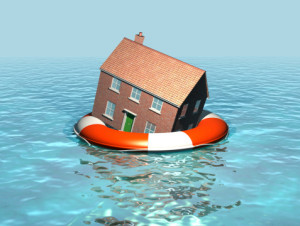 Dealing with floods is more than just water damage restoration; after all, you can lose power, food, and access to your home for an undetermined period of time. This can mean either spending money on another temporary dwelling, like a hotel, or moving in unexpectedly with friends or family, which can be uncomfortable for both groups.

The problems of flooding around the Marshfield region of the Boston area seem to stem from the rising sea levels. Options for solutions are being considered as of this writing, including petitioning FEMA for elevation grants, which would raise the houses above flooding levels.

Conducting water damage restoration after a massive storm like the one in Massachusetts is a huge undertaking. As professionals, GTA Property Services Group Inc. would handle the job quickly and thoroughly so families in the area can get back to regular living, as people tend to get more distressed the longer they’re forced to be away from their homes. Visit the GTA Property Services Group Inc. web site for more details on the restoration services we offer.

Leonard Nutt is a Field Supervisor at GTA Property Services Group Inc., a company providing 24/7 emergency disaster restoration services specializing in fire & water damage throughout the Greater Toronto Area. He has over 25 years of experience within the cleaning and restoration industry and an extensive background in construction management.